It’s time! I think I lost out on a first place in Roborovski class at a recent show because of a neglected show pen. Any points removed were well deserved I have to say. I’ve not repainted my pens since I started showing Syrians in 2013 *shame* 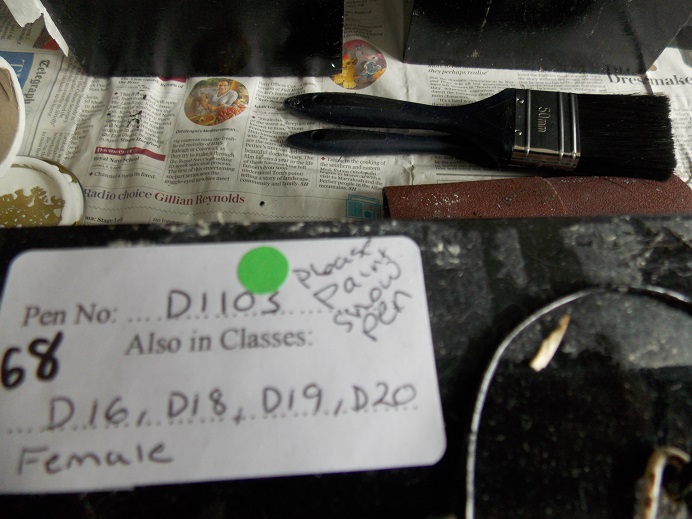 So I’ve finally gone out, bought the paint, set up the work table and found all my pens. For good measure I’ll also do my pen carriers. It’s worth pointing out that for new members who hire pens, your pens don’t get penalised for condition as it’s accepted that it’s the club’s issue/owner of the pen to look after hire pens rather than the member who hired it.

Before I went to B and Q there was a scrabble to find the various bits of info provided by show pen guru, Mark, on what paint to use. Black gloss and white gloss for the Syrian pens (Dulux is favoured) and Ronseal Deep Mahogany for the dwarf pens. It’s worth noting that members have previously mistakenly used something like ‘cotton white’ rather than ‘pure white’ gloss and have also mistakenly varnished dwarf pens. It’s just woodstain for those and you can tell the difference between the shades of white on the show bench so be careful.

First job is cleaning. All my pens are getting a full clean rather than their usual quick wipe. I’m hoping not to have to paint all of them if they are just a little stained.

Then sanding any chew marks out. Sanding also provides a better surface to paint the new gloss onto I’m told. After sanding, I managed to remember to wipe the pen out again. Look at this black paint dust. 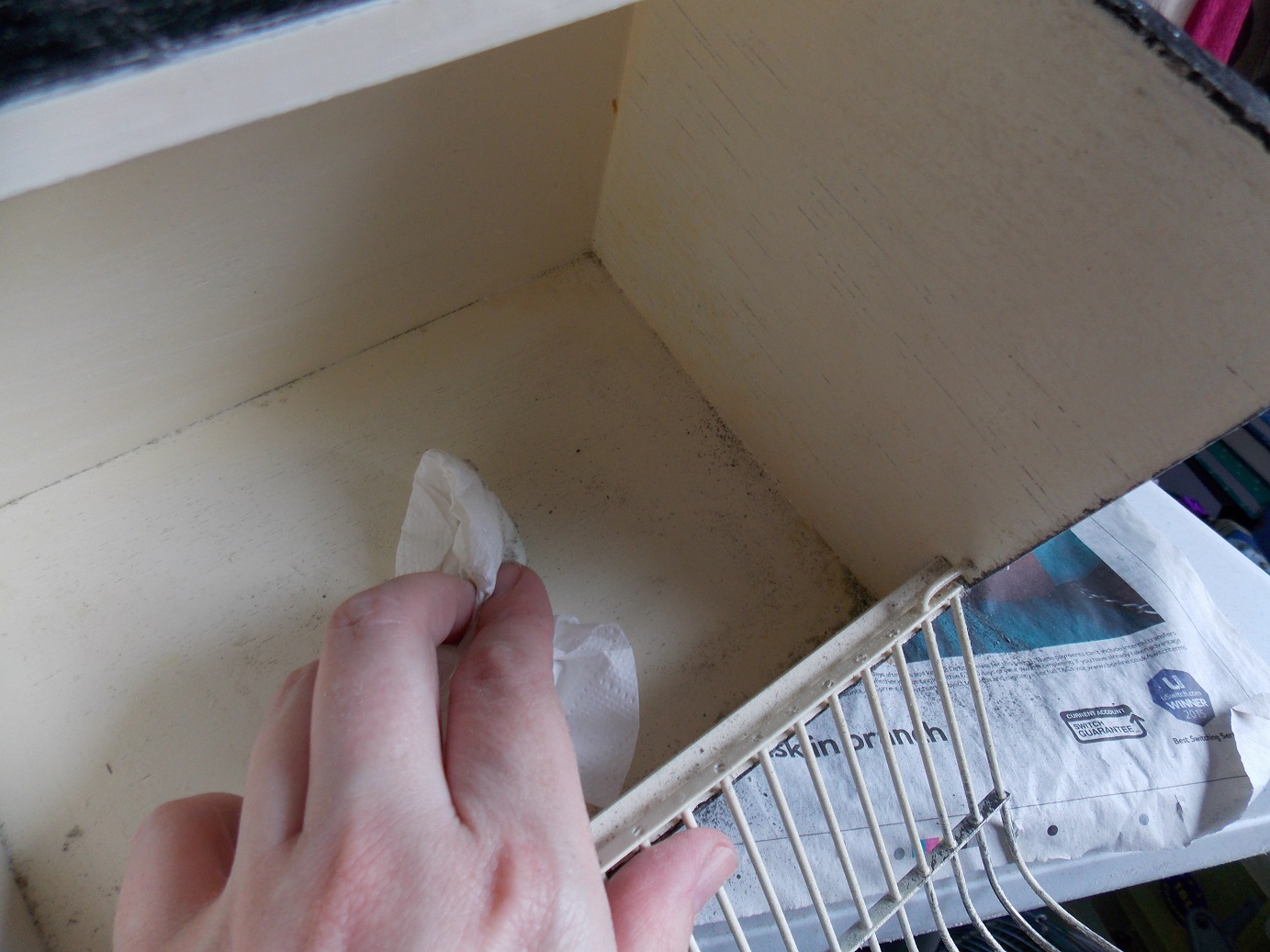 Due to the application of masking tape, I preferred to paint the inside first and freehand the black. I’m quite good at my edges, you might like to mask both. I’m more likely to need to re do the interiors of all the pens whereas I reckon only two of mine need the black redone. We’ll see! 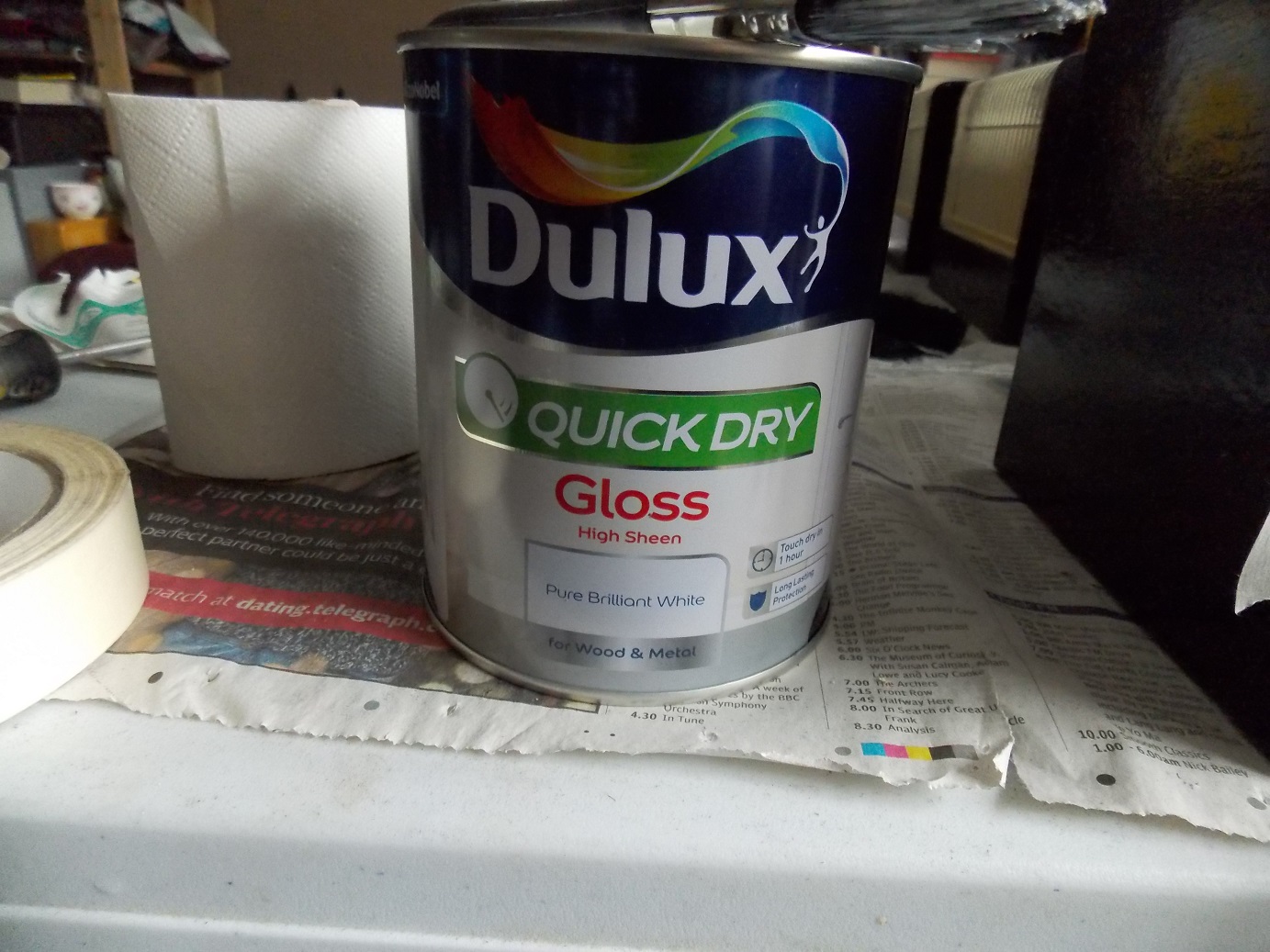 Looks like more than one coat will be needed. On my second one I realised that you need to paint the inside front lip first and the top outward facing edge last. I got a bit covered in paint this go haha

Look at the difference!

This is the paint I used for the black on the other show pen. The white dried in a couple of hours, the black needs to be left overnight between coats and a good day/night to completely lose the tackiness I’m told. 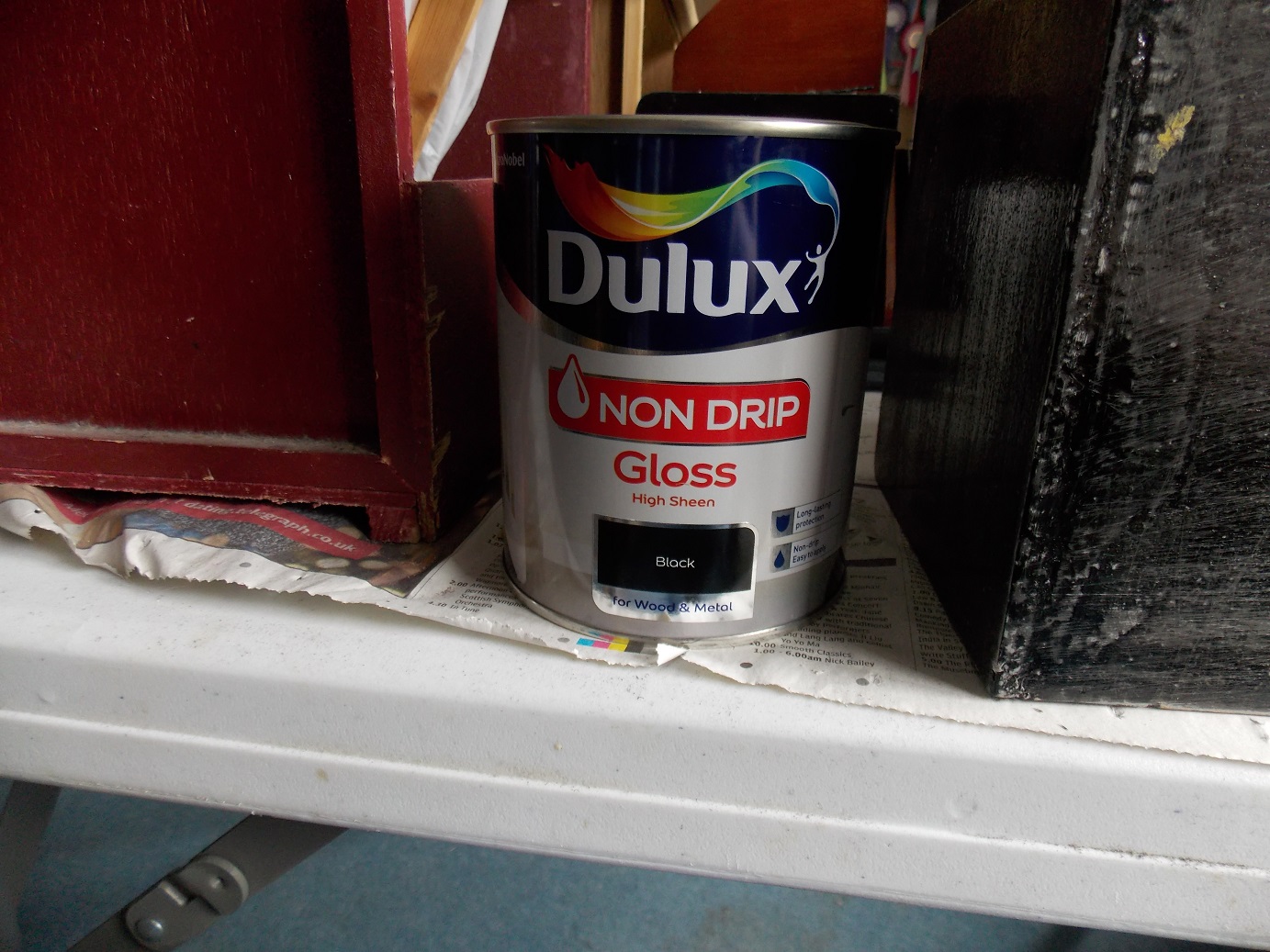 The pen I’m painting was chewed by a naughty boy on the way home from a show because I forgot my divider (see further down) meaning the pens didn’t sit right in the top of the carrier.

I’ve sanded the chew marks down as much as I can. and then painted.

Looking good!!  After it’s second coat I’ll redo the mark on the bottom (for identification you mark the bottom of your pens so the judge can’t see). For the pen carriers I bought a Valspar satin paint called ‘wine cask’. I’m really hoping it dries more red than that! I had to get the chap to mix it up for me. The divider is place on top of the bottom row of pens in the carrier to give a space between rows. This gives extra ventilation, makes the top row more secure and stable as well as helping to stop the hamsters underneath being able to chew the pen above!

That’s my progress so far. Hopefully I’ll have some more photos later this week. It’s definitely worth the work to avoid losing marks in the future 🙂